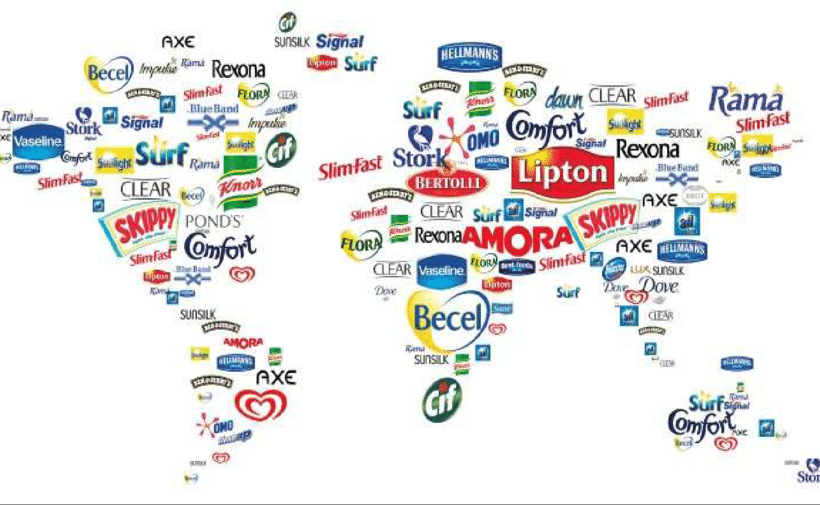 Two Unilever plants, one in the U.S. and one in Canada, were studied over a 13-year period to compare the effectiveness of Grid Organization. The example illustrates the profitability of two autonomous corporations operating nationwide on opposite sides of the United State-Canadian border. Corporation A engaged in Grid Organization Development. Corporation B did not. They are owned by the same parent, Unilever, located in a third country. They engage in similar business and face the same character of competition in comparable markets.

Take the entire workforce through the six phases of Grid Organisation Development, and results were followed for 13 years. 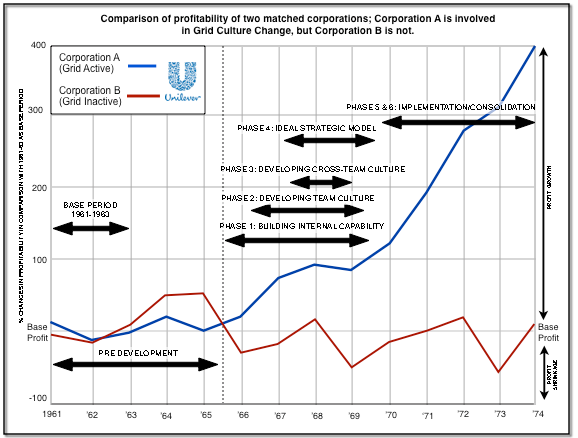 The starting comparisons show that for five years prior to the introduction of Grid development, the control corporation, B, appeared to be obtaining somewhat better economic performance, but the results were well within the range of chance fluctuations. Then, after introduction of Gird Organization Development, Corporation A experienced a continuous and rising curve of profitability during the next nine years. By the end of the study, profitability in the Grid company was 400% greater than in Corporation B, which had not engaged in Grid Organization Development. Corporation B had just managed to hold its own over the fourteen-year period.

The following remarks by the president of Corporation A at a time when his company had been engaged in Grid OD for six years offers his evaluation of the change.

There is no doubt that OD has had a significant and positive effect on profits…A major objective of the Grid was to change behavior and values within the organization in the direction of showing a high concern for both task accomplishment and human motivation, and then to sustain these changes and institutionalize them…There has undoubtedly been a substantial transformation in this area, with positive effects accruing through improved communication, the use of critique, profit or cost consciousness, some aspects of planning, the handling of conflict, meaningful participation in a group, and commitment among key managers…there is one other most important benefit that has accrued from the OD program and that is a substantial improvement in the working relationships between management and union officials.

Much of the work involving the union can be considered as a breakthrough in the application of OD principles and there is little doubt as to its success.

An organization member who was directly involved in his company’s implementation project summarized his reactions.

Once we could specify how we needed to change to meet the Ideal Strategic Model, we were in the management-by-objectives business in a way that wasn’t limited by blink acceptance of the status quo. Some of the specific things we learned included: